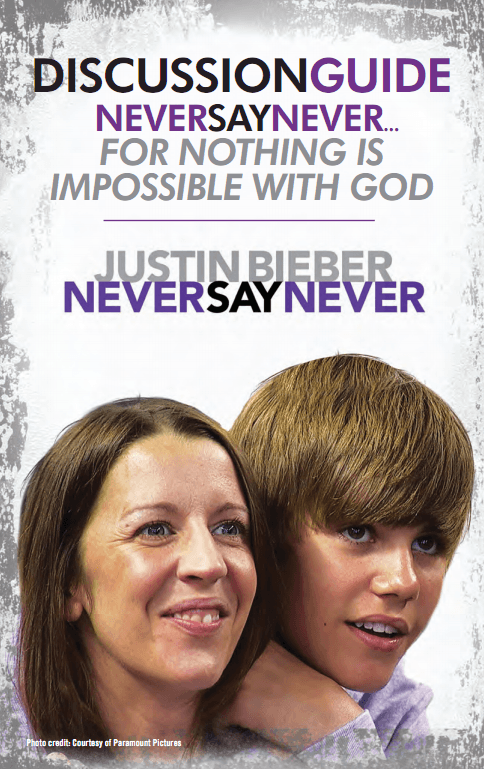 My name is Pattie Mallette, Justin’s mother. I’m sure you can imagine the extraordinary ride we’ve been on the last couple of years. One minute I’m a single mother working two jobs and living on “geared to income housing” and the next I’m traveling the globe parenting a mega pop star.
I believe God has a plan for each of our lives and that it is a good plan (Jeremiah 29:11).
As a woman of faith and a praying mom, I would pray often about God’s plan for Justin’s life and mine, having no idea at the time just how BIG His plans were.
Truly, nothing is impossible with God. He called us to be a light in this world and has provided more than what we needed.
Justin has all the normal challenges of any other 16 year-old Christian youth, with the same struggles and temptations.
When you add fame and influence and all the unseen pressures of his industry, the challenges increase significantly.
He needs a strong faith-based community now more than ever to encourage him on as a light and to hold him up in prayer! 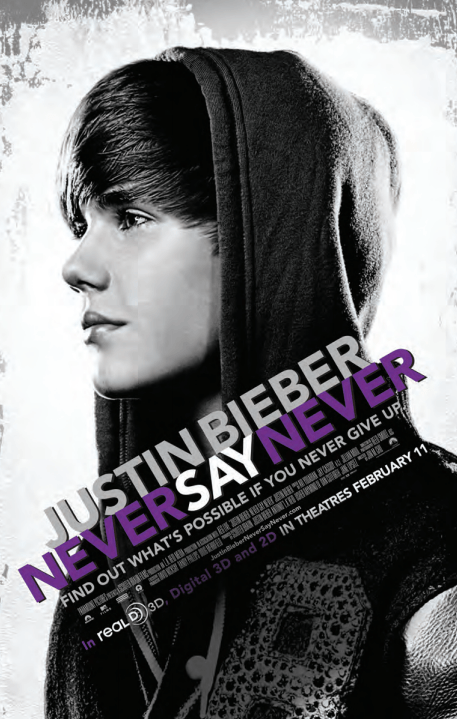 The new movie Justin Bieber: Never Say Never tells all about his inspiring journey.
God has blessed Justin with incredible talent and a larger-than-life personality.
Now Justin is sharing those gifts – as well as his gift of faith – with the world.
He is doing what he feels he’s been created and called to do, and I’m loving and supporting him as only a mom can.
The power of prayer is effective (James 5:16) and we depend on it. Prayer has been an important part of Justin’s life since childhood.
I have a large and growing intercession group that is praying for Justin as he proceeds on his world tour and gets ready for his movie debut.
The film’s title is fitting because Justin never gives up on his dreams. He keeps on dreaming despite the many obstacles and challenges he’s faced in his young life.
With all that’s happened in these last couple of whirlwind years, the phrase will always have special meaning for us. Never say never, for nothing is impossible with God!